Hermelindo Ruiz has played concerts in twelve (12) different countries, his compositions heard in all continents of the world, and has been praised to have "a real gift of communication".

He has been awarded more than a dozen awards, including the 'Andrés Segovia- Ruiz Morales Prize' (Spain 2011) and the 'Orden Angel Mislán' (P.R. 2009). Additionally, he has performed at Carnegie Hall in New York, Festival Áureo Herrero in Spain, Latin American Festival in Chicago, Festival ICPNA in Perú, Escuela Universitaria de Música in Uruguay, Orvis Auditorium in Hawaii, Saint Church Hall in New Zealand, University of Melbourne in Australia, among others places.

His first recording, "Juan F. Acosta: Danzas Puertorriqueñas," was chosen to be one of the best CDs of 2014 in Puerto Rico. This project also included a book in which he revealed unknown details about the more than 1,200 unedited works by the composer Juan F. Acosta.

A natural talent for composition led him to publish his first book, "Con los dedos entre hilos", at age 21. It included eight of his first compositions and was presented as a miracle for the music of Puerto Rico. Since then, his music have been played by other musicians in countries like France, Italy, Slovenia, Mexico, U.S.A, Zimbabwe, Thailand, China, and Russia. Recently, he was invited to play concerts in Australia where he finished the list of the principal continents of the world where his compositions has been heard.

For a Short biography, press here.

For the Curriculum Vitae, press here. 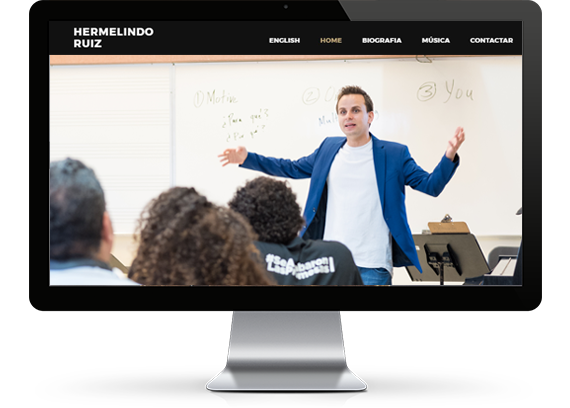 Stay tuned and Be part of the Travels!

If you wish to know about the travels, concerts, and anecdotes of Hermelindo, press the following link. This is the easiest and fastest way to be in contact.